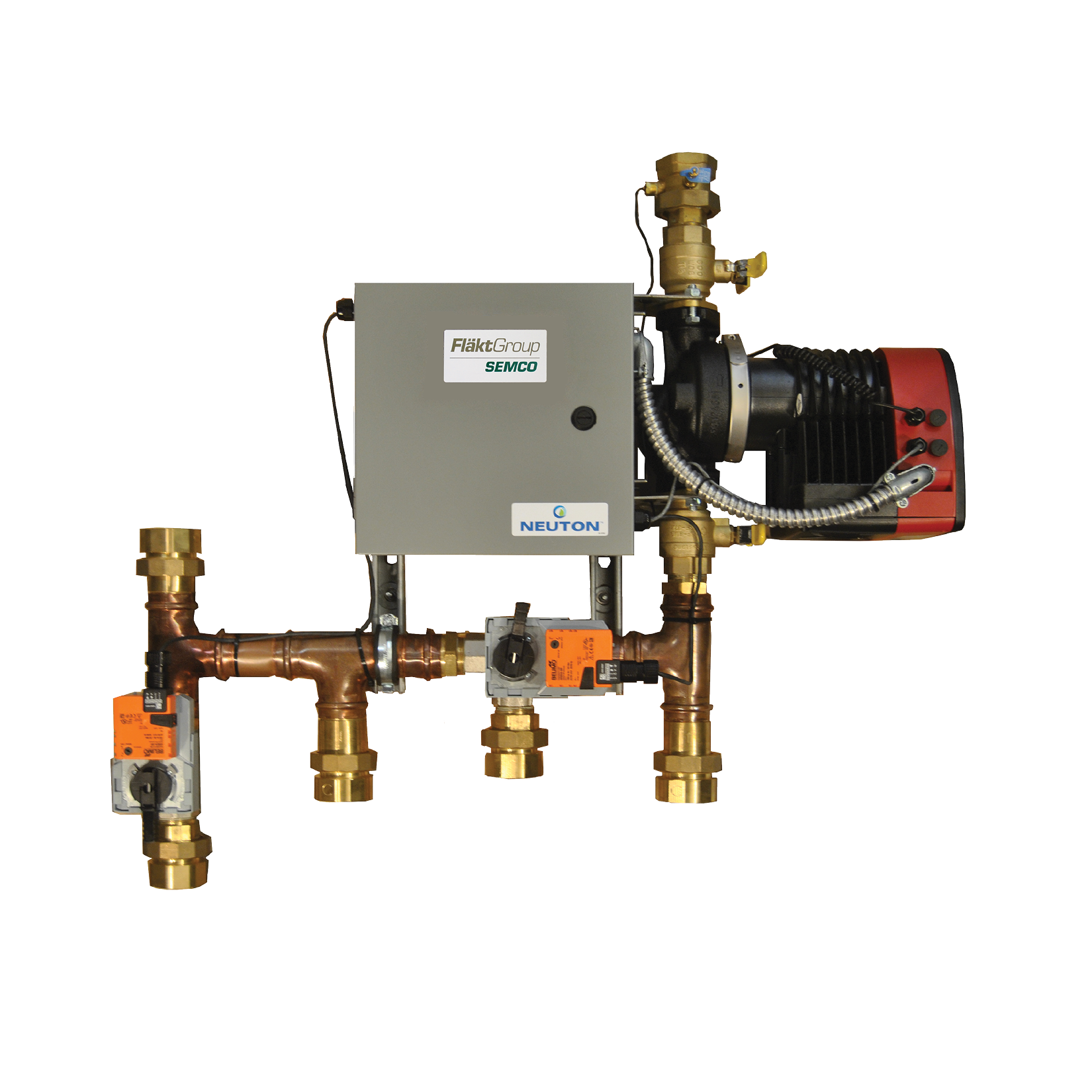 This variation has been provided due to the increase in building designs that allow for individual temperature controls for offices, hotel rooms, and other small zones.

Neuton Multiple Zone is a controlled chilled beam pump module (CCBPM) capable of monitoring and controlling active chilled beams simultaneously in up to five rooms, such as single user offices, library study rooms, and hospital rooms. It consists of variations on the original Neuton Pump Module including modified onboard software, combination temperature/humidity monitoring sensors and thermostatically-controlled hydronic valves for up to five zones.

The Neuton Multiple Zone can handle up to 30 GPM and can control up to 15-20 chilled beams each. The Neuton is also available in a variety of configurations including Neuton2 and Neuton4.*

Our Neuton Pump Modules are the key to the 3fficiency system because they manage 3fficiency's water system to allow for a building level occupant control that is superior to all other systems.

We offer regular, AIA approved webinars on chilled beams. Click on the button below to sign up to attend one of these webinars. 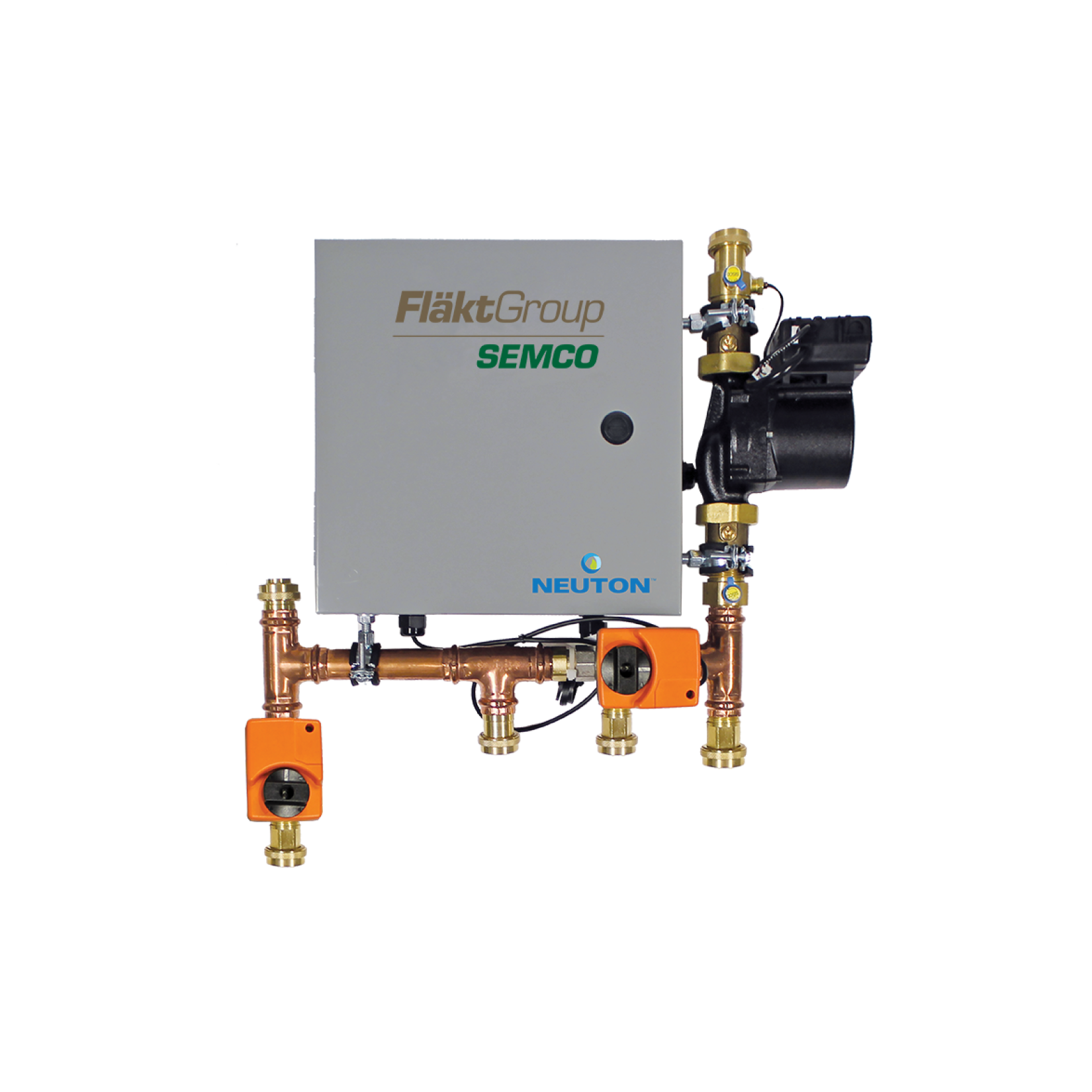 The Neuton Pump Module offers control over a single zone and maintains a single consistent temperature, humidity, and comfort level throughout a select area.

Copyright 2022 | Designed with by HubSpot